The Trade Desk: Retail Media Opportunity Could Be A Strong 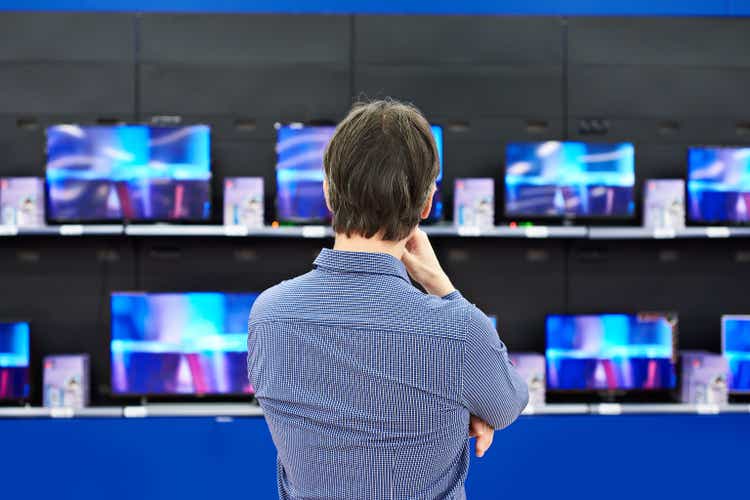 The Trade Desk (NASDAQ:TTD) remains an attractive growth story with robust secular tailwinds. While the CTV opportunity is well understood, Trade Desk has made interesting efforts in retail media, a fast-growing segment within the broader digital advertising space. In this article, I will discuss why advertisers are increasingly finding retail media a valuable channel, the potential market opportunity, and what Trade Desk has done that will likely benefit the company from a top-line perspective.

What Is Retail Media, And Why Is It A Big Deal?

A retail media network is an advertising service owned by a retailer. A prime example would be Amazon (AMZN) Advertising. With proprietary customer browsing data and shopping history, Amazon can easily help advertisers find the most relevant audience with the highest commercial intent, essentially closing the loop between ad impressions and order transactions.

The removal of third-party cookies by Google (GOOG) (GOOGL) and Apple’s (AAPL) iOS privacy settings are reasons behind the shift towards retail media. Google has announced it will remove cookies on the Chrome browser by the end of 2023, while Apple has given users the option to stop apps from tracking their activity (aka App Tracking Transparency or ATT) since the launch of iOS 14.5 in April 2021. These developments have caused major impacts on companies that rely on cookies and device IDs to deliver and measure targeted ads. For example, Facebook parent (META) has guided $10 billion of lost revenue due to ATT in 2022 and Snap (SNAP) has indicated that some lost signals will never be recovered.

This makes retail media an attractive place for advertisers, as retailers have a direct relationship with their customers. Leveraging retailers’ first-party data, advertisers can find the right audience and track ad performances all within the same ecosystem, without having to rely on 3rd party data/cookies or develop a workaround to iOS privacy updates.

What Is The Total Addressable Market? How Are The Margins?

Per a study done by BCG and Google, the US retail media market is estimated to grow at a 25% annual rate from $36 billion in 2021 to $110 billion in 2026. The team estimates that 60% to 70% of the spend in 2026 will be net new spending, with incremental dollars coming from organic growth and shift from other digital channels and traditional advertising like TV and print.

Further, the research suggests that retail media is a high margin business, with an estimated gross margin of 70% to 90%. This far exceeds product margins in most retail verticals such as beauty (38%), home improvement (34%), sporting goods (31%) and electronics (23%). Another study by JPMorgan also shows that Amazon’s (AMZN) advertising segment commands an 80%+ gross margin and a 40%+ operating margin.

What Has Trade Desk Done So Far?

The most notable move that Trade Desk has made on the retail media front is working with the world’s largest retailer, Walmart (WMT) to develop the Walmart DSP (launched in 4Q21). This allows advertisers to leverage Walmart’s omnichannel customer data to run ad campaigns outside Walmart’s properties, with key insights like point-of-sale data and whether an item was purchased in-store or online. While Walmart will retain 100% of ad revenue within its own properties (e.g., walmart.com), Trade Desk could still benefit from increased platform ad spend as brands purchase ad inventory through channels such as display, mobile and CTV on the Trade Desk platform.

Following the announcement of Walmart DSP, Trade Desk has formed partnerships with other major retailers like Walgreens (WBA) (launched in 2Q22) and more recently Albertsons (ACI). Taken all together, advertisers can now leverage customer data from 4,700+ Walmart stores, 9,000+ Walgreens drugstores, and nearly 3,000 Albertsons supermarkets to run their digital ad campaigns on Trade Desk’s platform. The list is unlikely to stop here as more retailers look to capitalize on their proprietary data. It’s unclear what take rates Trade Desk is charging in these partnerships (no disclosure from both TTD and WMT), but overall platform ad spend will likely see upside.

Shares of Trade Desk have suffered a 50% decline in a tightening monetary cycle, but the company’s fundamentals remain robust and key tailwinds like CTV and retail media are largely intact despite macroeconomic conditions. On 5/23, Snap’s guide down to Q2 revenue sent shockwaves across the digital advertising space as CEO Evan Spiegel pointed to a worsening macro outlook. On 5/26, however, Trade Desk reiterated its Q2 guidance of revenue of at least $364 million (+30% YoY) and adjusted EBITDA of $121 million (33% adj. EBITDA margin). This shows that Snap’s issue could be more idiosyncratic than broad-based.

On the valuation side of things, Trade Desk still trades at a hefty premium relative to peers such as Roku (ROKU), Magnite (MGNI) and PubMatic (PUBM). But it’s important to recognize that markets have made this distinction in response to the company’s relative competitive position, secular tailwinds and profitability. As a result, I continue to find shares attractive and believe investors willing to look past the current market narrative (inflation, rate hikes, war, recession, etc.) will be handsomely rewarded in the long term.